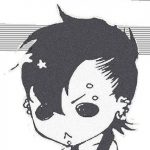 Ian Lin
Freshman
What is in your road movie soundtrack?

Every summer, my friends would go on a road trip together. We would leave our work, squeeze into a tiny car accompanied by our luggage, and go on the road. Our destination was usually a rural area with no one but us.

The trick for the 4 of us to survive in that tiny metal box was the background music played during the ride. It can’t be too hyper because one of us needs to focus on the road; it can’t be too soft either, we can’t risk falling asleep.

As a result, a playlist consisting of country music and classic rock songs was created. I secretly called it the “Road Trip”.

Somehow, Dead End Drive-In’s music reminded me of that playlist.

I would describe Dead End Drive-In’s 2016 EP “Spray Me Down” (https://deadenddrive-in.bandcamp.com/album/spray-me-down) as a road movie. From a third person point of view, “Buffalo Bill”, the first song in the EP, has an arrangement that is full of images. It is not hard to imagine everyone’s facial expression and movement while listening to the song. Unlike some songs that repeat between verse, chorus, and bridge, this song has a story-like structure.

From the title, I speculated the song would be about William Frederick “Buffalo Bill” Cody from the American Old West era. But after examining the lyrics, I am not so certain anymore. The opening guitar started off with a bunch of single notes, and all of a sudden power chords joined in. I started imagining a car driving down a long winding road; whenever the song got entered a new part, the scenery would change accordingly. On that imaginary road, sometimes there are billboards whooshing by. Occasionally, you can even see speed bumps up ahead, but as the driver, Dead End Drive-In never slows down – they just speed through the bumps.

All of the sudden, just like all my road trip experiences, when you are on the road for awhile there are bound to be moments of silence. Usually, it is because someone unintentionally brought the conversation back to the reality that we’ve tried so hard to escape. When Buffalo Bill’s second chorus is over, the lead vocal hoarsely screamed “I’m getting the hose again”, and merged into a quieter section, the road trip in my imagination got into that moment of silence.

I started to sense the negative emotion channeling through the song.

At that point, you could hear 2 guitars playing in the background. One strumming chords with reverbs; another one playing riff. Nothing else is playing, and then the vocal started singing the last line of the song, “the world is cold and uninviting／and it fuels nothing but hate inside me”, and repeated again with the drum joined in. The volume of the guitar increased, everyone else joined in as well.

The vocal focused on repeating the same line over and over again, and gradually shorten the repeated section, kinda like a damped pendulum. When all it remained in the line is “……hate inside me”, and closed off with a guitar solo.

They must have something to say. In fact, there are few other songs that criticize the society in the “Spray Me Down” as well.

For example, the song “Carrie” shares the same name as the 1976 horror film which is based on a Stephen King novel. The song describes a bullied protagonist who has decided to ignore all the haters, because it would be an unfortunate thing for one to unwillingly please other people. Also, no matter how one changes, the bullies could still find ways to hate on you. Though the song has a much lighter tone compared to “Buffalo Bill”, it uses similar techniques in the arrangement as well. At the line “You know it’s true ／they’re all going to laugh at you”, Dead End Drive-In shut down all the instruments to maxmize the volume of vocal. Unlike “Buffalo Bill”, the song doesn’t end here. Instead, after repeating that line a few more times, the song got back to its chorus, “If I can’t make a puzzle fit／using scattered／shreds of doubt／I’ll chew the facts only to spit／back into the horses mouth”.

According to Dead End Drive-In’s Facebook post, the band is named after a 1986 Australian film set in the near future. In that story, a bunch of drive-in theatres got converted into concentration camps for young societal misfits in order to lower the crime rate. These concentration camps provided the prisoners drugs, alcohol, junk food, exploitation films, and new wave music to keep them in the camp voluntarily, because the outside world is a much rougher place.

It seems the movie is one of the inspirations for Dead End Drive-In’s music. Maybe that is why their works remind me so much of road movies. The third song, “The Ballad of Shane Falco”, from the “Spray Me Down” EP is a tribute to a sports movie, “The Replacements”. Their 2014 EP, “B-Movies” (https://deadenddrive-in.bandcamp.com/album/b-movies) might be another piece of evidence supporting my point.

One of the trademarks of my favourite film director, Edgar Wright, is action synchronized to music that is playing in the background. If he filmed a road movie, I believe he would utilize that particular trademark in it as well.

When I was imagining a car driving down the winding road while listening to Dead End Drive-In’s songs, I was also pondering how Edgar Wright filmed his music synchronizing scenes in his movies. Did he pick a song first, and start building the scene around it? Or did he film the scene first, and then synchronize a song around the scene through editing magic?

I guess Dead End Drive-In’s music would be the type of music that inspires directors to build action scene around it. I wish this would happen one day. I am looking forward to it.

I think, music is the vehicle that Dead End Drive-In uses to escape the cruel world we live in. Our world is probably very similar to the utopian concentration camps in the movie they named the band after. They keep trying to escape, even if the world outside of the camp is deserted with a road leading to nowhere. Like most of the road movies, the journey might keep on going after the movie ended, or they might end up at the camp that they try to escape in the first place.

Either way, it would be nice to watch a road movie that is made with “Buffalo Bill” in the soundtrack.

Recommendation: “When We Get Older” from Dead End Drive-In’s 2014 EP, “B Movies”. If you have a group of road trip buddies, this song might be a good fit for the playlist.