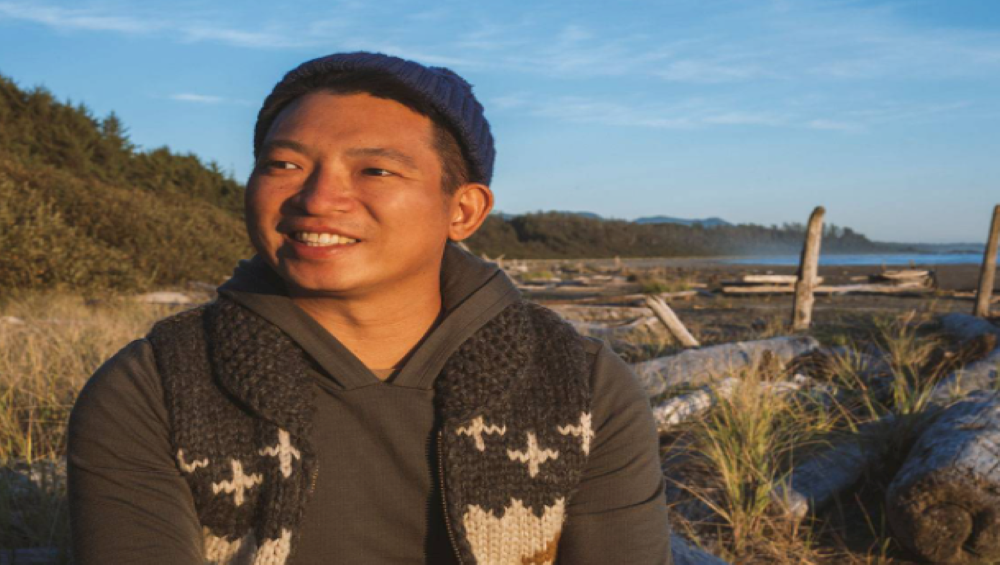 Vancouver artist Edward Fu-Chen Juan says most people don’t think of his country of birth, Taiwan, as a land of volcanoes and forests.

But on the southern part of the East Asian island nation—where he spent the first nine years of his life—it’s mountainous and full of wildlife. Kind of like Hawaii or Vancouver Island, in some respects, he suggests.

“I grew up with monkeys and loquats,” Juan tells the Straight by phone.

As a child, he frequently hiked, bouldered, and climbed trees with his father, an avid outdoorsperson.

And Juan also learned a great deal about the Taiwanese people’s struggle for democracy.

The country was under martial law for 38 years—and nowhere was the appetite for freedom more intense than in the south.

Both of his parents financially supported the Democratic Progressive Party, which remained illegal until 1991. He accompanied them as they visited a secret location to turn over some of their hard-earned money for the cause.

“My mother was a political activist when she was younger,” Juan recalls. “She was a lawyer at one point in her life. She’s been in prison before for her politics.”

Because his parents’ English wasn’t very good, they spelled their surname as Juan.

“It should be spelled Ruan or Yuan,” Juan says with a laugh.

And no, he’s not a descendant of Spanish colonizers of the island in the 17th century.

However, he does have a small amount of Indigenous heritage through his father’s side of the family.

After graduating from high school, Juan obtained a bachelor of fine arts degree from the California Institute of the Arts and went on to do animation work for Pixar, Disney, and the Cartoon Network.

At first, his parents weren’t impressed by his career choice.

“I told my mother ‘I want to go to art school, I want to go into the film industry.’ ” Juan said. “My mother literally said this—I’ll never forget—‘That is not a job for you. It’s for white people. No one is going to hire you. You’re not white. You’re going to have to work twice as hard.’ ”

Juan’s parents returned to Taiwan, where they operated a successful organic-agriculture business for many years. And those early days in the southern part of the island still influence Juan’s work as a printmaker, papermaker, and visual artist.

For example, he loves going into nature, particularly on Vancouver Island, to extract dye from plants and berries for his artworks.

Some of these skills he learned from ongoing cultural exchange with artists from Oaxaca, Mexico.

He further honed his talents with the nonprofit Malaspina Printmakers Society on Granville Island.

When asked how he makes paper, he responded that it’s actually quite complicated.

He applies the dyes to the paper bases he uses—cotton or the palm section of Southeast Asian banana trees.

In a couple of years, a paper museum in Taipei will host a show of his work, which he’s preparing for.

It’s worth noting that Taiwan became a democracy in 1996 and it’s currently ruled by President Tsai Ing-wen of the DPP, which his parents supported back in the 1980s.

“I’m looking forward to go back and doing an artist residency on my parents’ farm,” he says.

In the meantime, Juan is one of five B.C. artists who’ve been appointed as B.C. Culture Days 2020 ambassadors.

In this role, he will offer four live and online presentations showing how he creates silkscreen prints.

The first event, which is already full, will take place next Friday (September 25) at the Stanley Park Nature House at Lost Lagoon. For more information about Juan’s other shows, visit EdJuan.com or Culturedays.ca.